1. You have a truly rich and diverse cultural and academic background that embraces the Caribbean, England, the United States, and Brazil. Can you tell us why you became interested in Brazil and in the city of Rio in particular? Did your experiences in Rio provide you with a personal insight into racial dilemmas, cultural inventions, and social conflicts?

I’m from Trinidad & Tobago and I’m a first-generation high school and college graduate who received a very traditional British-style education that was a hangover from colonialism up to the age of eighteen. As a BA and MA student of Latin American Studies I was learning Portuguese and studying Brazilian culture and society on scholarship at the University of London for around six years before I went to Rio as a doctoral student, interested in researching the music scene. So, I came to know the city before I ever set foot there through the works of its most celebrated writers of fiction, poetry, and music. Six years of study had not prepared me well for the reality of contemporary race relations in Brazil, however. As happens with many people, I was immediately and simultaneously struck by the beauty of the landscape and the brutality of its racial segregation. I recognized to some extent the colorism that we also use in the Caribbean to disavow blackness while appearing to embrace difference. I was also coming from England, where at the time a multiculturalist discourse predominated in the public sphere that provided a very convenient excuse to avoid an actual reckoning with the colonial past and its afterlives. However, as I moved through some of the cultural spaces of Rio in the late 1990s – bookstores, theaters, art exhibitions – the imperative to constantly negotiate my occupation of these spaces based on my racial difference seemed unrelenting. From a personal viewpoint, Brazil’s discursive and cultural invention of a socially harmonious society is a remarkable fiction, given the everyday material and symbolic violence it generates.

2. In your beautifully written and researched book, Defiant Geographies: Race and Urban Space in 1920s Rio de Janeiro, (Pittsburgh: Pittsburgh University Press, 2020), you make use of a remarkable variety of documents that range from cartoons, public photographs, chronicles but also, very crucially, you closely examine the official rhetoric that shaped the celebrations of the International Exhibit of the Centenary of Independence. Could you briefly define what that “official rhetoric ” entailed in terms of urban planning and spatial segregation?

Thank you, it means a lot to me that you enjoyed the book! So, some context – the book’s main focus is the project to destroy Morro do Castelo … to flatten an entire, thriving hillside community of 408 buildings and 4200 people right in the center of city; to do it within two years with the technology available in the 1920s; and to build a mini city on the site to host the Centenary Exposition, which was also Latin America’s first World Fair. I wanted to know what such an insanely ambitious endeavor tells us about race as a national and geographical project. What kinds of anxieties and aspirations surrounding race are evident in a monumental urbanization project like this? One thing that was clear from municipal, state, and press rhetoric was the assumption that the targets of removal, the residents of this neighborhood, were “ungeographic” in Katherine McKittrick’s sense of the word. They were incapable of producing space, and incapable of developing affective ties to space. This idea that the racialized poor have no right to a place to call home underpinned and underpins urban planning in the city. Their dwellings and communities are violable and removable – remoção is a powerful, trauma-inducing tool of segregation that official discourse mobilizes in the service of modernization. Denise Ferreira da Silva has laid out very convincingly how modern national projects were never meant to include Black and Brown peoples, who were not believed to merit the protections afforded by citizenship and the law. This assumed incompatibility between modernity and blackness has meant the ongoing terrorization of these city dwellers, whose modes of occupying the city are read as undesirable.

Broadly speaking, the main official narrative driving the commemoration of the Centenary and the World Fair was a celebration of Brazil as the site of a so-called “Lusitanian race of heroes, artists and intellectuals” (according to the Exhibition catalogue).  This upbeat evaluation was needed to counter the prevailing discourse of Latin degeneracy at the time that predicted that Brazil would never amount to much as a nation because its history began with colonization by the inferior Portuguese. The notion of the Lusitanian race and later the “raça brasileira” linked Brazil to Europe by emphasizing its Portuguese heritage. While it suggested that Brazilians had modernized and improved upon the advantages conferred upon it by Portuguese society and culture, the notion seems rather anachronistic given that the Semana de Arte Moderna occurred in the same year. There was no place for Black people in the raça brasileira, and eugenicist and public health discourses were the other main strands of official rhetoric that worked together to destroy their communities and eliminate them from the national imagined community.

In the book I really spend some time on this verbal and visual language that was part of the modernizing project of disciplining space, because I was interested in unpacking how it scripts some bodies as more in need of that discipline. This is the language that provides the rationale for de facto segregation, removal, and terror, which is the way that Black residents still overwhelmingly experience the city. By examining the many registers of that language, I wanted to emphasize that urbanism is not simply a set of policies and plans through which power is exercised, but also a cultural and epistemological institution.

3. Your book mentions “race and space in the 1920s” in Rio de Janeiro, yet your focus is mainly centered on the Centenary Exhibit and on the demolition of the Morro do Castelo by the municipal authorities and what that destruction entailed for the vibrant community that inhabited one of the foundational sites of Rio de Janeiro.   The notion of ” defiant geographies” is based on the premise of resistance and resilience of the Afro-Brazilian population. However, the spaces of bohemian Rio in the 1920s encompassed a wide variety of peoples, races, and social classes. How do these spaces of integration, cultural hybridity, and celebration adjust to the notion of space and racial segregation?

Yes, in fact, Castelo was no longer a predominantly Black community by the time it was destroyed; it was mainly inhabited by Italian and Portuguese immigrants. So, it was important for me to think about how race operates in such a space which many people at the time still identified as Black, though the demographics had changed. And when I say “race”, I mean blackness and whiteness, which are mutually constructed and mutually reliant, as Frantz Fanon taught us. What I argue in the book is basically that we cannot separate blackness from whiteness when we unpack violent modes of urbanization. And I use the word “unpack” intentionally, since the sustained focus of important studies of early 20th century reforms tends to be class. One reason for this is the significant degree of coexistence in spaces of the poor between Afro-descendants and poor whites, including recently arrived immigrants primarily from southern Europe, but also from places like Turkey and Syria.  They also were willing to occupy the most menial jobs in the urban labor market. This certainly created cultural cross-fertilization: European immigrants sang sambas and participated in carnival groups, but they were very careful to self-identify as “white” so as to avoid discrimination, and quickly developed a sense of superiority over Black and Brown Brazilians. In fact, they often formed their own, exclusive cultural groups and historian George Reid Andrews has shown how rivalry between Black and Italian carnival clubs sometimes became so violent that the Italians had to seek protection from their consul.

My broader point is that we have to be careful not to automatically identify co-existence as integration. The book goes against the grain of fluidity and hybridity to unmask the naturalized violence of historical and contemporary racial-spatial relations. It’s important to always be mindful of the violent processes of appropriation and reification that separate Black bodies from Black culture to create “national” culture. Understanding these cultural processes help us explain why Afro-descendants remain at the bottom of the socio-economic heap in Brazil, while poor European immigrants were able to use the badge of white privilege for social advancement in subsequent generations. I asked myself the question: how did notions of whiteness and non-whiteness produce the spaces of the city in the early 20th century, so that a hundred years later over 70% of Brazil’s urban Black population lives in self-constructed housing? This didn’t happen by accident, it happened by design. While cultural mixing was produced in those formerly shared spaces, Brazilian national culture continues to be based on a process of celebrating Black expressive forms while disavowing Black people as members of civil society.

The realities of how urban space is allocated and occupied allowed me to focus on culture and the material conditions of people’s lives. I didn’t want to adopt a primarily culturalist approach to the violence of urbanism and its whitening project. Despite cultural encounters between people of different races and classes, and despite Afro-descendant socio-cultural resilience, much of the Afro-descendant urban experience has been characterized by genocidal state and municipal policies. 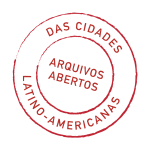